My husband likes to point out how “white” I am.  If you google, “Things white girl’s like”, you’ll find this kind of stuff:

“#25. Singing along to rap songs and getting really awkward when the n-word comes up. (Depending on the circumstance, you’ll either mouth along to the word or close your eyes and bop your head so as to avoid everyone else’s glances.)”

Okay, so maybe this has happened.  I had a thing for the song “Gold Digger” by Kanye West ft. Jamie Foxx when I was finishing university 10 years ago.  Is that so bad?  Does that make me a dorky white girl??  Okay, well.. don’t answer that.

It doesn’t end there.

Apparently drinking Pumpkin Spice lattes is another stereotypical Caucasian joke.  Yeah yeah, you got me!  I like my pumpkin lattes!  Well fuck you, ‘what white girls like’ list makers, don’t be so smug.

What I even like better than pumpkin lattes, is pumpkin muffins.  Today I have TWO awesome recipes for you.  The first one I consider more “junkie”, although it still has good ingredients.  The other is gluten free and a little more nutritious. 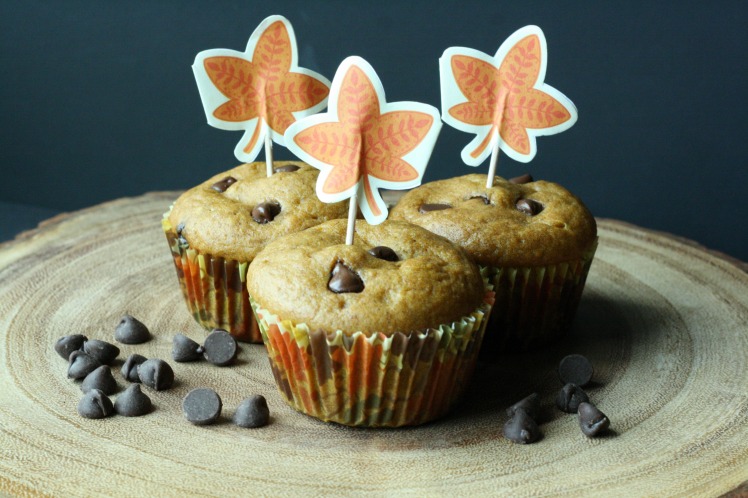 How do you make these awesome muffins?

*Note, my muffins stuck a little to the muffin liners.  Next time, I will just grease the pan with some butter and throw the batter straight in.

This next recipe is easier, healthier, and gluten free:

I just threw a few chocolate chips on the very top.

1 tsp cinnamon (I added a sprinkle of ginger just because I had it on hand.)

Mix all the dry ingredients (flour, baking soda/powder, and salt), then add the rest!  Stir it up!

So maybe I fall into a stereotype from time to time.  I really don’t care. There ain’t no shame in my game.

And for the record, I don’t wear Uggs.

3 thoughts on “I’m a white girl who likes Pumpkin. So what?”